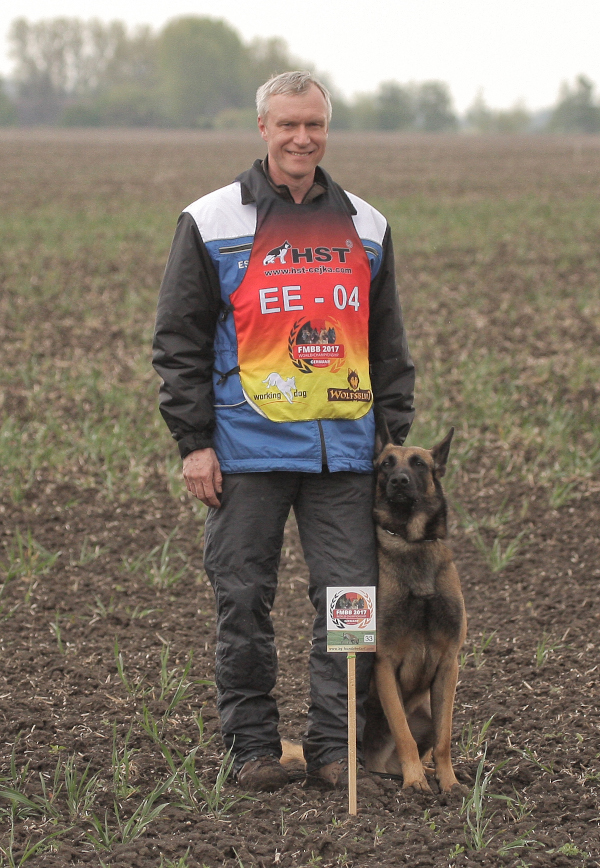 I have been training dogs since early 90-ties starting as a helper, later also A and B parts. Dogtraining is for me a passion I really enjoy.

In have achieved several podium places at Estonian championshisps with different dogs in IPO and also IPO-FH.

As FCI IPO judge I have previously judged:

Also several times Estonian different breeds and all breed championships.
I will be judging 2020 FCI IGP-FH championships
I have been participating in FCI annual training seminars for judges 5 times (2009, 2010, 2012, 2014, 2018).
I am member of FCI Utility Dog Comission since 2005.
2003-2006 Member of the Board of Estonian Kennel Union
2006-2008 Chairman of the Council of Estonian Kennel Union
I speak English, Finnish and Russian.

I like the part of tracking in IGP a lot. From one side I consider tracking the most natural part for the dog out of the three IGP disciplines, but from other side it is also themost difficult one for the handler as it is quite of difficult to understand how the dog feels at every moment while tracking and how he understands the training process. When I see good tracking dog totally diving into the tracking work with the right attitude and utilizing its “wild animal skills” it is really fascinating.

Tracking must be judged by the FCI rules the same way as other IGP disciplines. Of course there are also minor differences in interpretation of the rules, that makes diffferent judgesâ evaluations a little different. I understand that IGP and FH have been created to evaluate working dogs. This means that the power and attitude inside the dog are as important as the technical skills. It is also underlined in the rules that dogs must be active, powerful and show the will to fight and win in all disciplines. I want to see the exactly same qualities in tracking. The dog must show clearly a positive attitude towards the track - he should like to work the track and solve upcoming problems in an active way. Of course the work must be also technically precise at the same time. As of article indication, the small mistakes in article position are not as relevant when dog is acting confident, active and powerful while showing them. Ideally of course the position of the article is also perfect.

I make several tracking seminars in yearly basis in different countries that has also given me a lot of insight about tracking behaviour of different dogs in various weather and terrain conditions. More info about me can be found at my home page https://aivooblikas.com/

I wish everyone a good competition and lot of success! 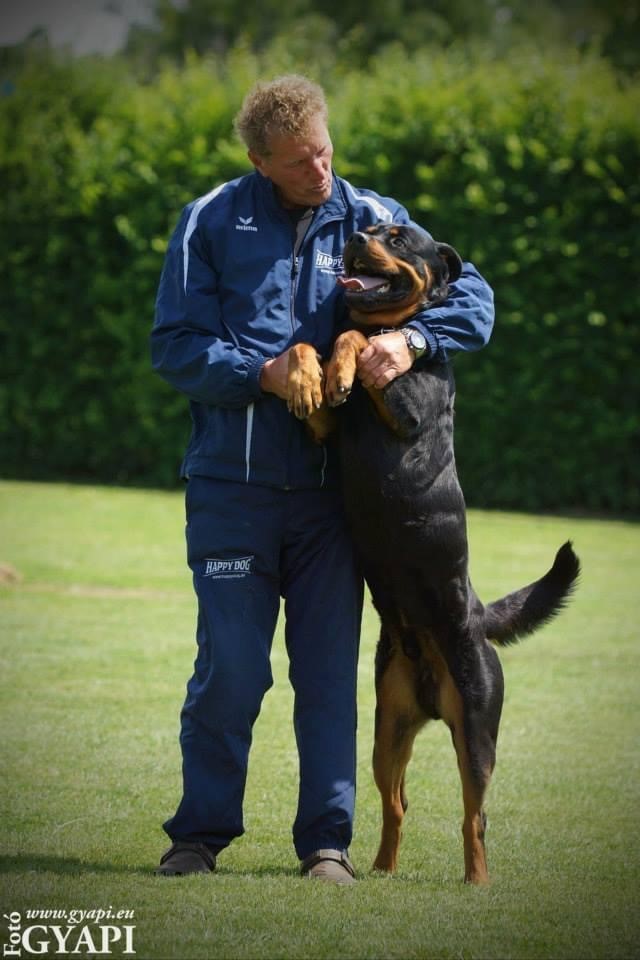 Renown As A Competitor Prior to Becoming a Judge:

Andras Benke has judged National qualification competitions for the FCI and WUSV 46 times. This is an extraordinary accomplishment. 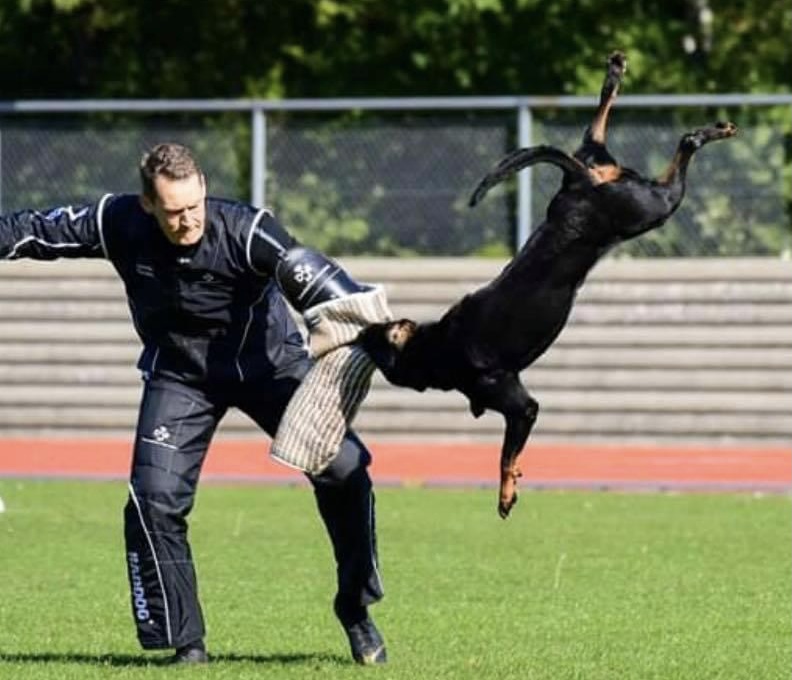 Joel Monroe is a well-respected DVG LV America judge, competitor and IGP coach. How Joel manages to multi-task to such a level of excellence for each of the aforementioned elements, we have no idea. Oh yes, Joel is also a training and trial helper. The level of endearment Joel enjoys from amongst his training group is unparalleled. 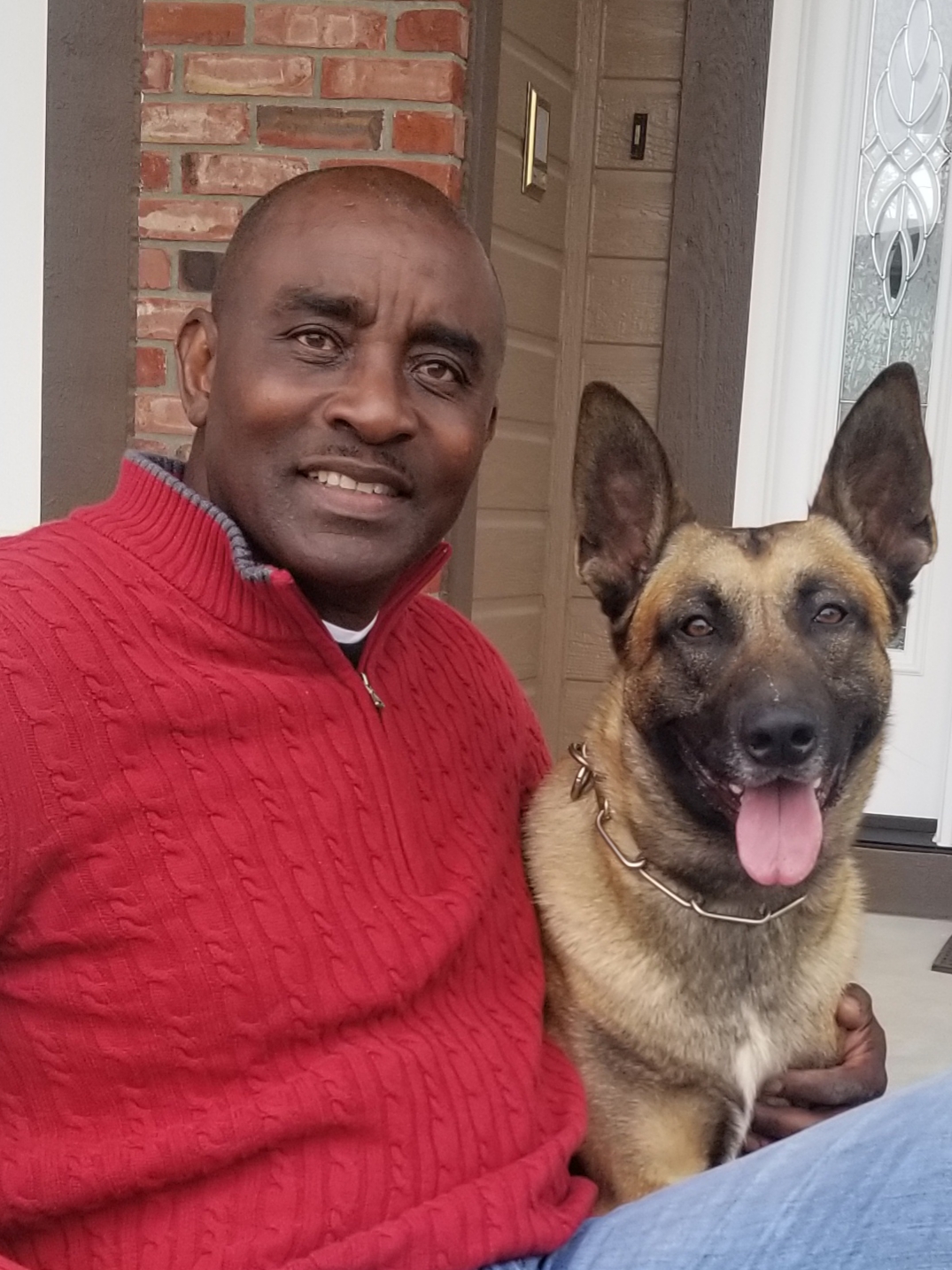 It all started in 1990, after he brought back a pure-bred German Shepherd puppy from the Netherlands while playing professional basketball in Eindhoven-Holland. Akin joined a USCA club (OWDA) in Broken Arrow, Oklahoma from 1992 to 1998 and began his IPO adventure. He joined DVG in 1998 and has remained a DVG member in good standing since.

Over the years, Akin has trained and titled several dogs from different breeds, however, he got more involved in and with the helper/decoy aspect of the sport. He enjoyed it more because of the physical challenge as well as the interaction between himself and the dogs that he worked and helped to train. As a helper/decoy, he worked countless club trials, 5 KG (Regional) championships in 2000, 2001, 2002, 2003, 2004, 4 LV ( National) championships in 2002, 2004, 2005, 2006, the AWDF championship (back-half) in 2007, the Doberman Nationals in 2008 and was invited to work several other National championship events. Even now, he continues to work his local club trials, while teaching new enthusiasts the ropes.

He was the Mid-West KG OfG for several years and the LV OfG for four years. In both capacities, he served on the KG and LV boards while he conducted numerous helper seminar/certifications all over the country. During his tenure in office, he certified and upgraded over 65 helpers, 4 of whom were selected and got the distinct honor of working the 2013 WUSV championship here on American soil.

With the dogs that he trialed, he received “V” excellent ratings in all three phases of the sport with different dogs at different trials. He has also helped many dog and handler teams along the way in working towards and obtaining titles on their dogs. He is the President and Training Director of Nebraska Hundesport Club, in Nebraska, and is currently training his young Belgian Malinois, “Draco”, while helping his club members with their goals and dogs.

He is a licensed DVG judge and has been since 2013. Akin is very excited in his capacity as a judge for the opportunity to be an ambassador and advocate of the sport wherever he goes. He is convinced that his years of experience as a handler and a helper/decoy gives him a unique point of view now that he is a judge and still a handler.

Akin is grateful to all those who have helped him along the way in his journey as a helper/decoy and ultimately now, a DVG judge. Noteworthy of mention and, in no particular order are AJ Slaughter, Les Flores, Randy Theen, the late Sandy Purdy and the late Ray Reed, the different clubs that he was a member of along the way, his current club and members of Nebraska Hundesport Club and most importantly, his children and his wife for their love and support every day.

He wishes all the competitors entered in this championship the best of luck and is honored to have the opportunity to be one of the judges of this august event. 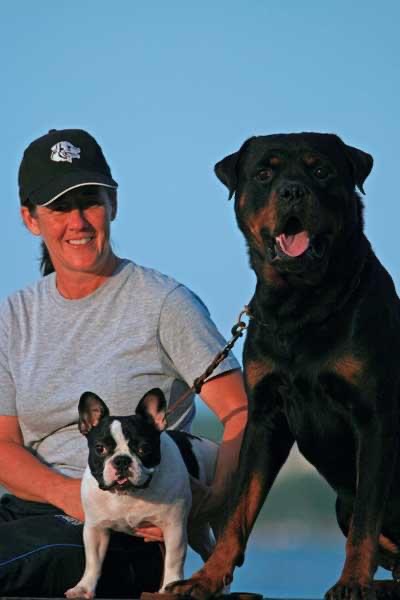 Amanda Hoskinson is a DVG LV America judge who routinely competes at the National Level, IGP 3, with her Rottweillers and German Shepherds. Amanda has not only competed abroad at world competitions but she has judged internationally as well, having judged obedience for a Rottweiller National Event in the Netherlands while Robbie De Jong judged protection. Amanda has judged a number of national competitions and we know and are grateful that she will be part of this event. 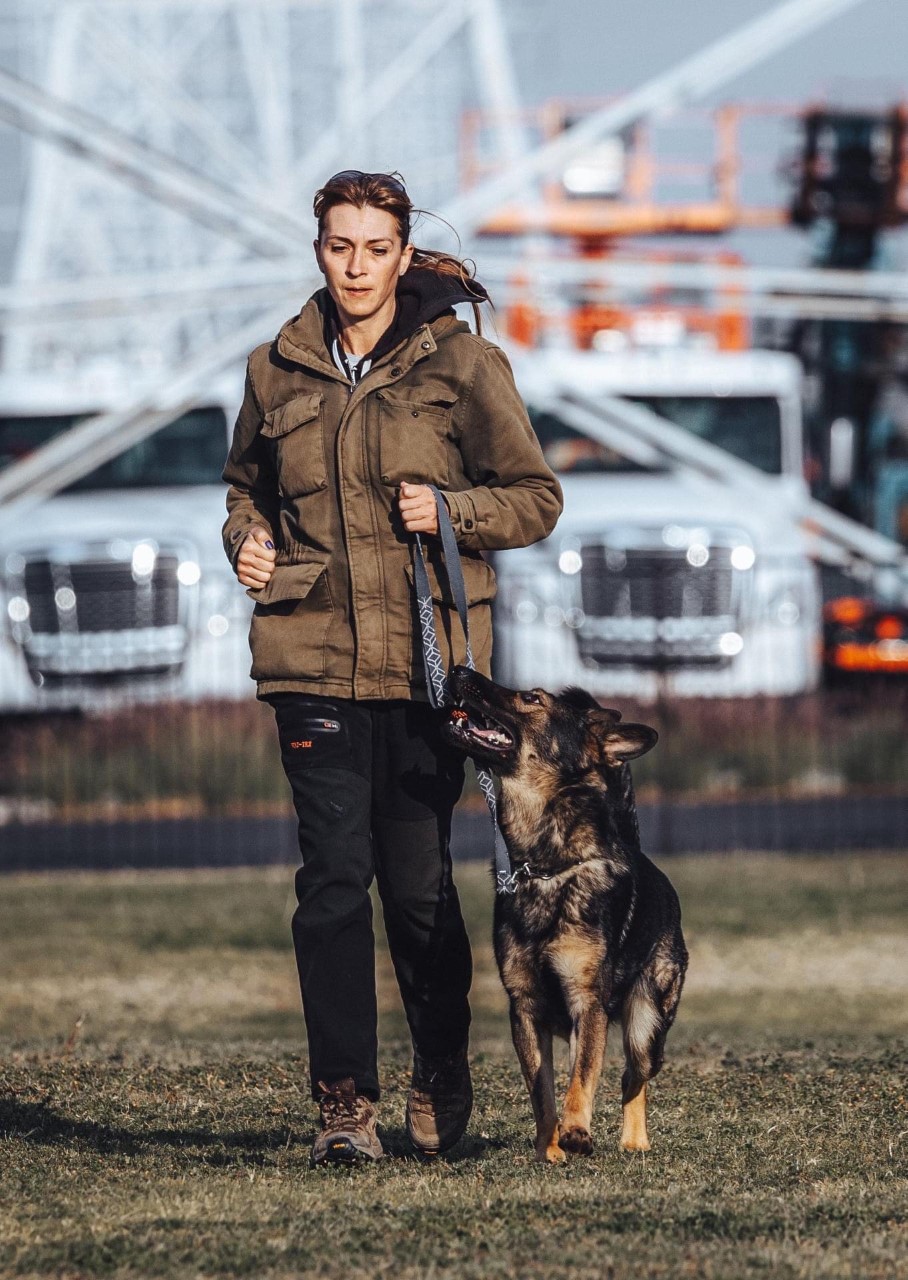 Barbara is an avid IGP competitor who has graciously agreed to be a simultaneous interpreter for us. In her private life, Barbara has graduated from law school here in the US, and will take the bar based on her LL.M. Barbara has attained an IGP 2 with a Doberman and has a young GSD in training.